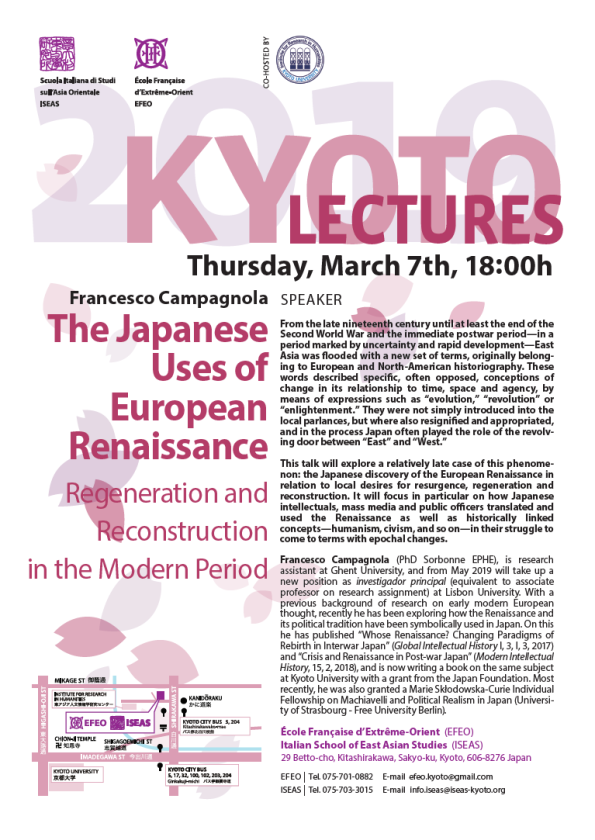 From the late nineteenth century until at least the end of the Second World War and the immediate postwar period-in a period marked by uncertainty and rapid development-East Asia was flooded with a new set of terms, originally belong-ing to European and North-American historiography. These words described specific, often opposed, conceptions of change in its relationship to time, space and agency, by means of expressions such as “evolution,” “revolution” or “enlightenment.” They were not simply introduced into the local parlances, but where also resignified and appropriated, and in the process Japan often played the role of the revolv-ing door between “East” and “West.”

Thursday, March 7th, 18:00h
Please note that this lecture will be held at the Kyoto centre of the École Française d’Extrême-Orient.